Our firm has a long history of protecting the federal and state constitutional rights of our clients. When a government agency oversteps its bounds, a citizen may have a claim for money damages or other relief. We have successfully handled claims involving: 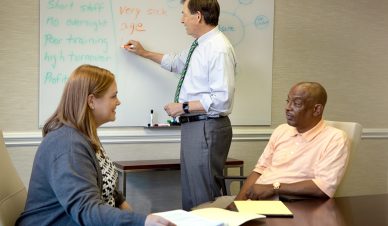 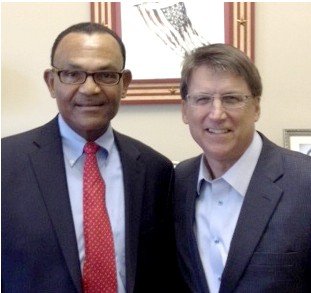 In 1995, LaMonte Armstrong was convicted of the murder of his neighbor and former college professor and was sentenced to life in prison. None of the physical evidence collected at the scene of the crime implicated Armstrong. The State’s case was primarily based on the testimony of an acquaintance who falsely implicated Armstrong in the murder in order to obtain a Crime Stopper’s reward. This man has since recanted his trial testimony.

The Duke Law Wrongful Convictions Clinic investigated Armstrong’s claim of innocence and identified a number of issues that drew the conviction into serious question. In December, 2011, lawyers from Duke and I filed a Motion for Appropriate Relief containing a number of constitutional claims and the recanted testimony. In preparation for the hearing on this Motion, the Greensboro Police Department reviewed the evidence and ran latent prints collected from the scene of the crime that had not previously been linked to anyone. One palm print matched another suspect in the case. The State then consented to our Motion for Appropriate Relief.

On June 29, 2012, Judge Joseph Turner overturned the murder conviction and ordered that Armstrong be released from prison. In doing so, Judge Turner stated that his ruling was “as close to knowing I’m doing justice as I will ever experience in my career as a judge, and it makes me proud to be a judge.”

The murder charge was later dismissed, and on December 23, 2013, the Governor Pat McCrory granted Armstrong a full Pardon of Innocence.

The cases mentioned are illustrative of the matters handled by the firm. Case results depend on a variety of factors unique to each case.
Not all of the firm’s case results are provided. Prior results do not guarantee a similar outcome.